Kaymor Machining and Welding Ltd opened the doors in 2001. Since that time we have been a company dedicated to manufacturing high quality industry leading products. It is the aim of Kaymor to deliver precision craftsmanship and creative solutions, in a controlled and rapid manner, to all our existing and new clients. Kaymor Machining and Welding received ISO 9001-2008 certification in May 2009 for our dedication to quality work.

Kaymor is also concerned about the health and safety of our employees, as well as our clients, so it was with great pride to receive our COR Safety in January of 2014. Our customer’s applications and requirements are a top priority to us. While we continue to grow, we maintain the full ability to change and adapt to our clients’ needs.

Kaymor has grown extensively since the beginning and is now the most diverse company, for our industry, in Northern Alberta. Kaymor now offers Heavy Duty Mechanical, Hydraulics, Industrial Design, and Manufacturing, along with the original services of Machining, Welding and Millwrighting.

Doing business with Kaymor is not a transition; it’s a relationship that we hope to extend for years to come. We look forward to bringing our experience and knowledge to your next project. 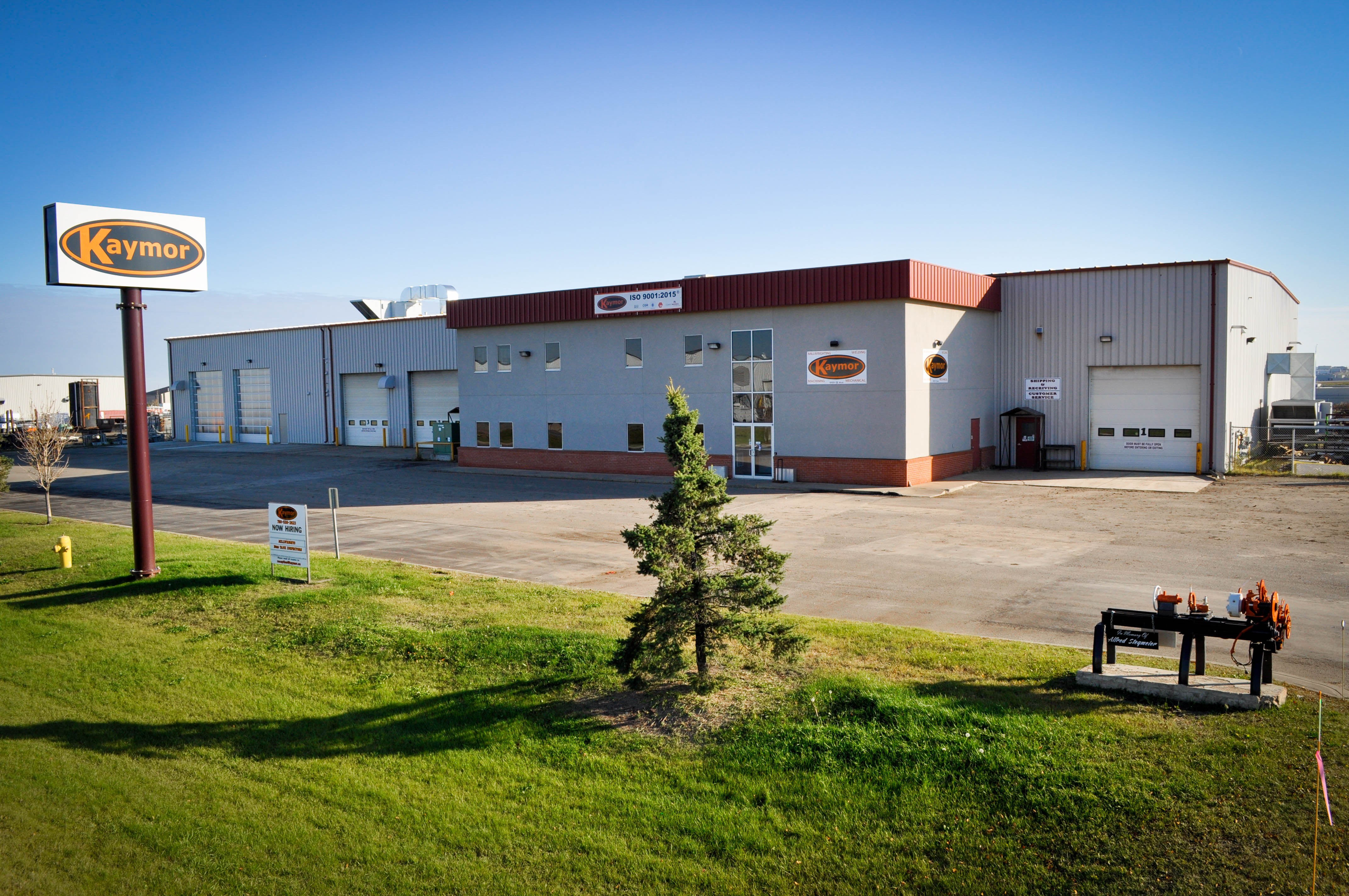 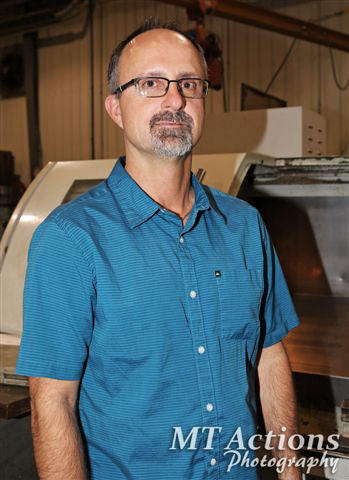 Robert Stegmeier is the founding partner of Kaymor. He got his first taste of being his own boss and running a business, from his Father. Each child, in the family, was given a cow to look after. This included all the expenses involved to raise it. As Robert was still quite young, and could not afford the expenses, he devised a plan between himself and his father. To cover the expenses he would sell the cow’s second calf, giving the proceeds to his Dad. He continued to do this until he had enough of his own cattle to sell and purchase his first vehicle. Unknown to him at the time this was the start of a dream to own and run a company. It took years of hard work and dedication but the dream became reality in 2001.

Prior to this, however, Robert got his journeyman ticket in Machining, working at various Machine shops to perfect his trade. At the age of 23 Robert was a Machine Shop Foreman, moving on to Production Manager and finally General Manager. This provided Robert with the experience and knowledge to start his own business.

Kaymor Machining and Welding was born. The family oriented company has been through some difficult times, however now boosts 45 employees, operating 7 days a week and provides product to all over the world.

All this thanks to a hard working father who instilled the value of family, hard work, and goals to his son.

Kaymor’s work force consists of Journeyman machinists, welders, millwrights, heavy duty mechanics and apprentices, with a wide variety of experience. Oil and gas, agriculture, forestry, mining, construction and general contracting are only a few of the disciplines our employees have knowledge in. From conception to design, all the way to implementation, Kaymor’s employees can handle it all. With innovative investments, and qualified staff, Kaymor Machining and Welding Ltd, has earned the reputation as high quality contractor. Providing premium products and incomparable service exceeding our client’s expectations, is the philosophy of staff and management at Kaymor. 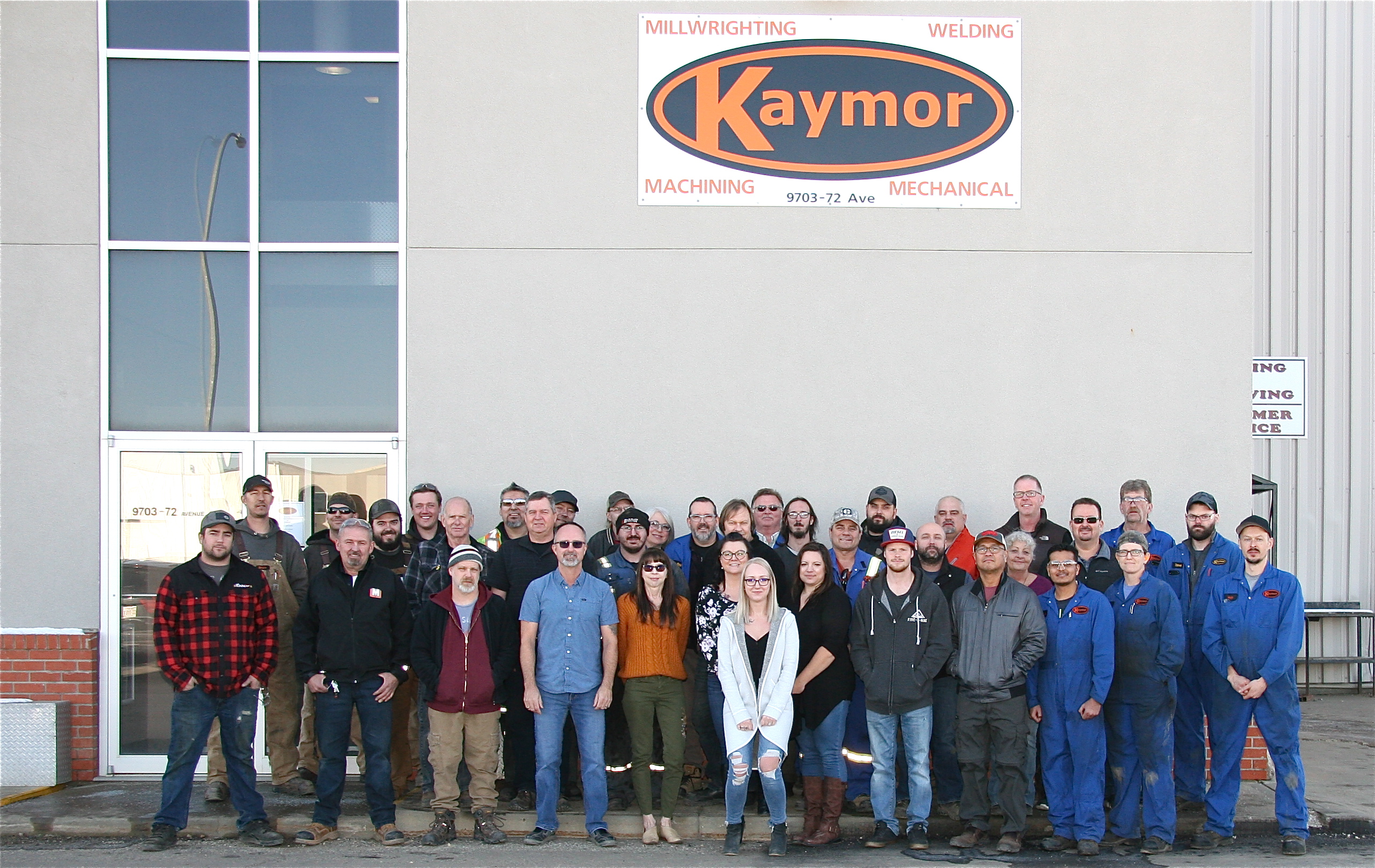 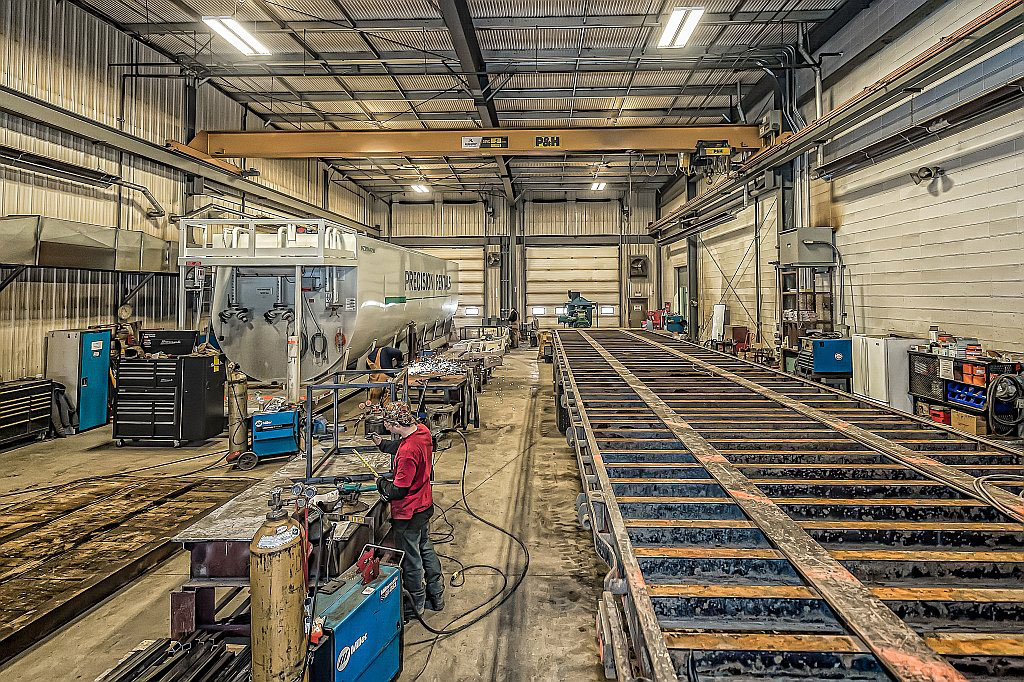 Located in Clairmont, Alberta, Kaymors 24,750 square foot shop is positioned on 6 acres of land. This facility is complimented with over head hoists, multiple drive through bays, floor tie downs and a wide variety of assorted extras to handle all types of Fabrication ,manufacturing and repairs. The shop is more than equipped to accomplish your next machining, hydraulic, millwrighting, heavy duty mechanical, or welding jobs completed.