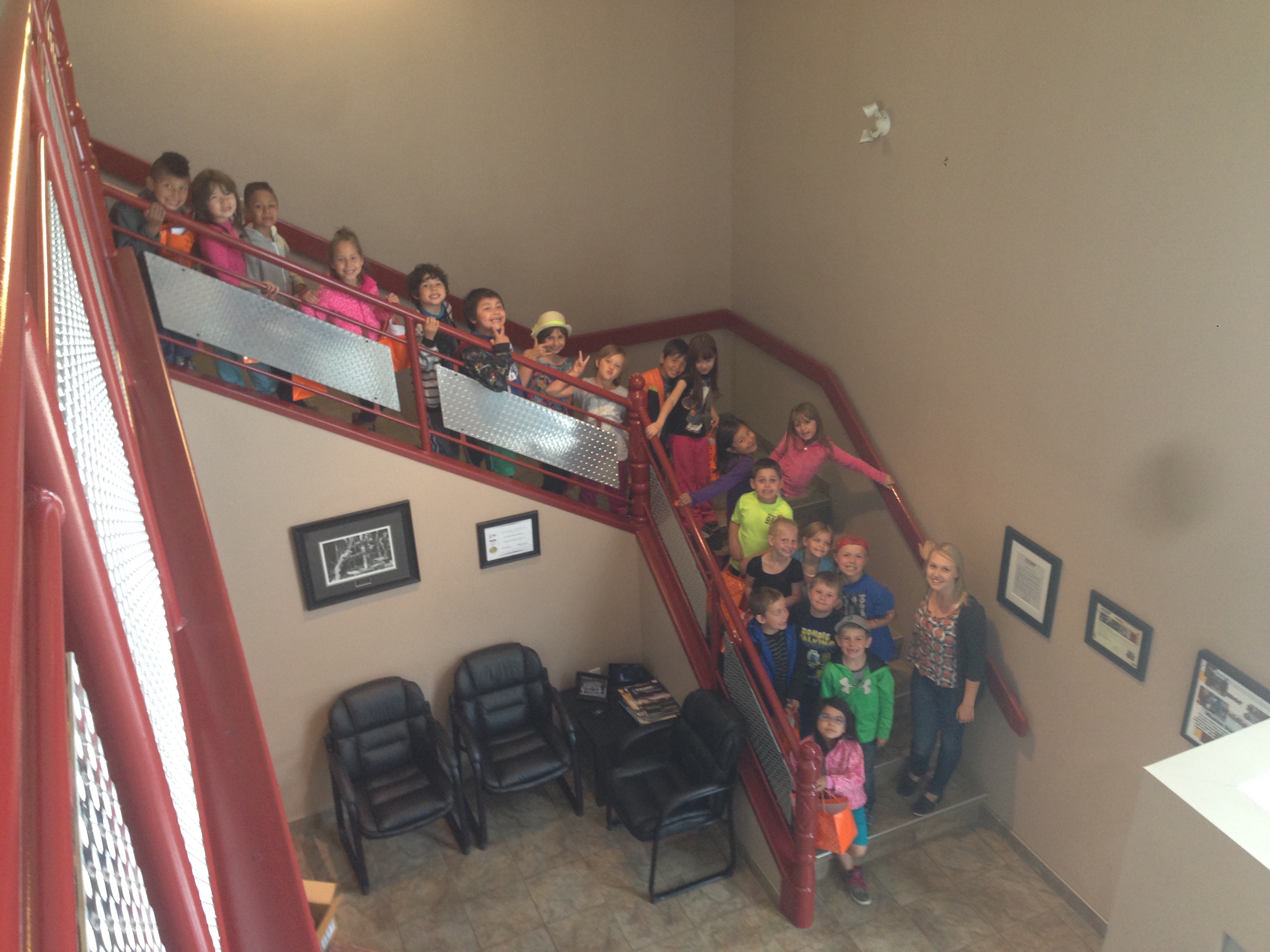 Posted at 17:30h in Machining, Mechanical, Millwrighting, Welding by idmin

On Wednesday May 27th, Miss Linssen’s grade one class from Hythe, came for a field trip. Out of the bus they marched, single file, where they were greeted by owners Robert and Mike. 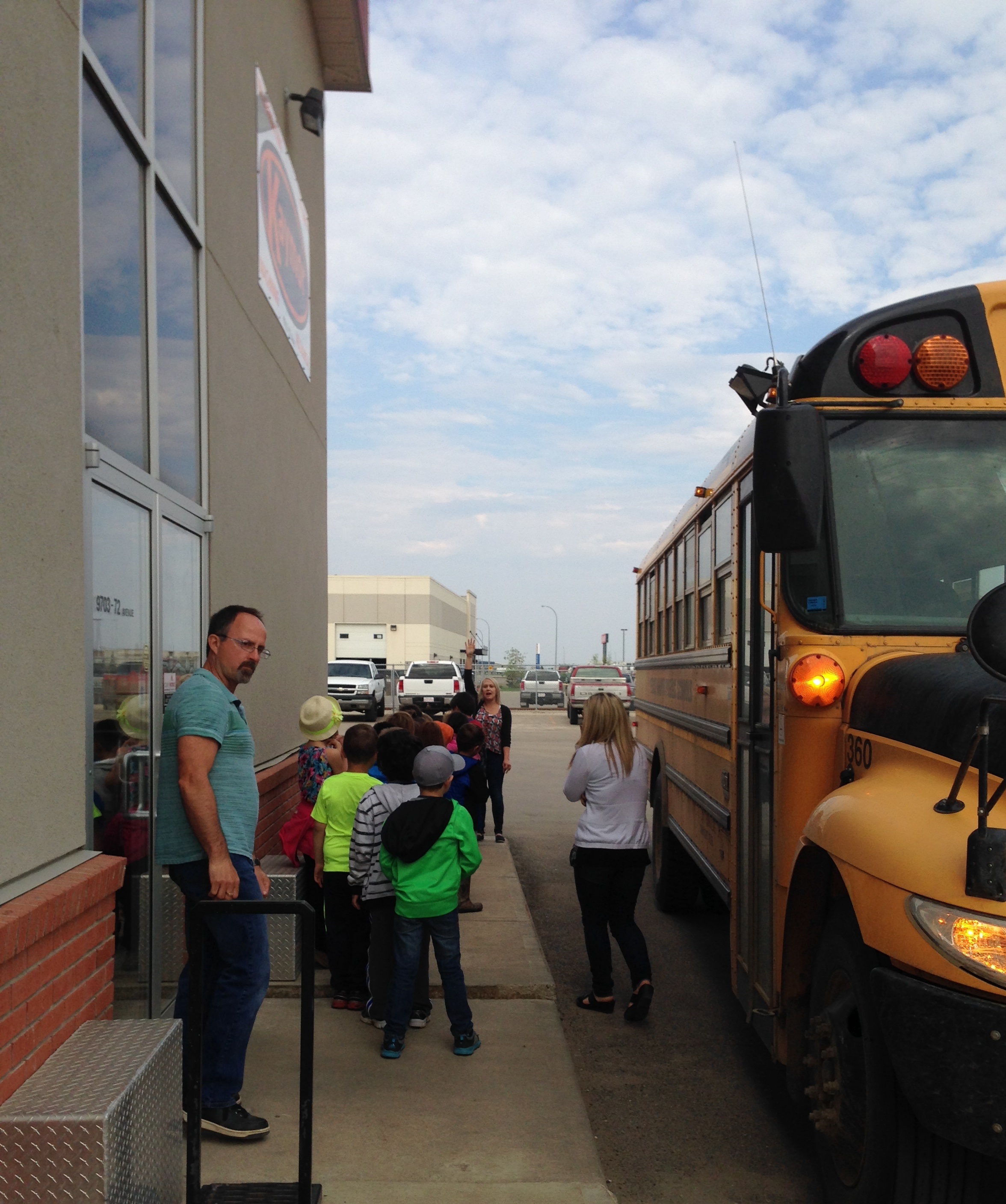 Figuring 20 six year olds would be a little rambunctious after the bus ride in from Hythe, Mike brought out his drone and had the kids dancing in the parking lot while the drone hovered over head.  After some of the pent up energy was dispelled everyone was ready for the tour. 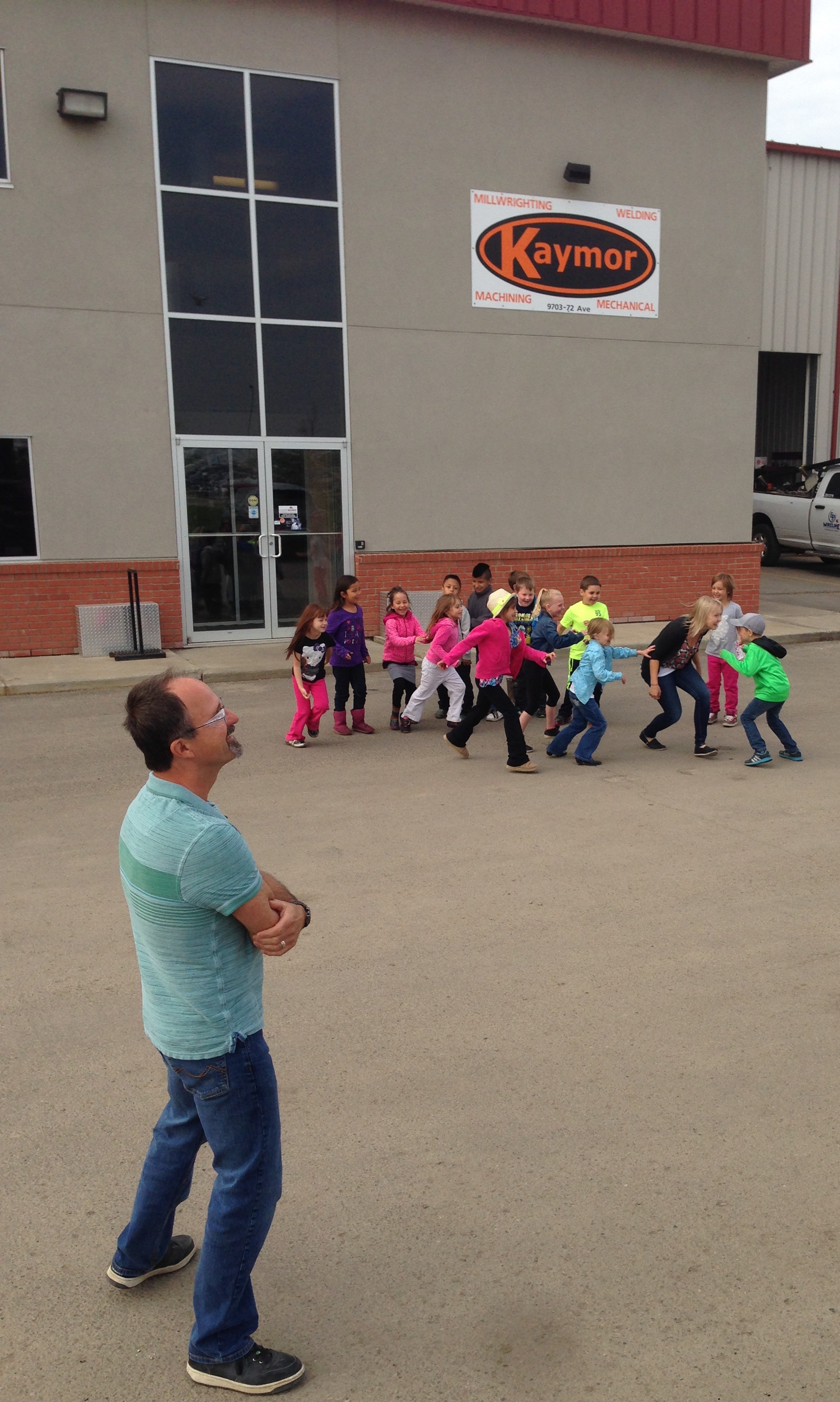 Once again the children formed a single line, under the direction of Miss Linssen, or Miss L as her students called her.  Into the front office, where Robert handed out safety glasses and explained the importance of wearing them in the shop. 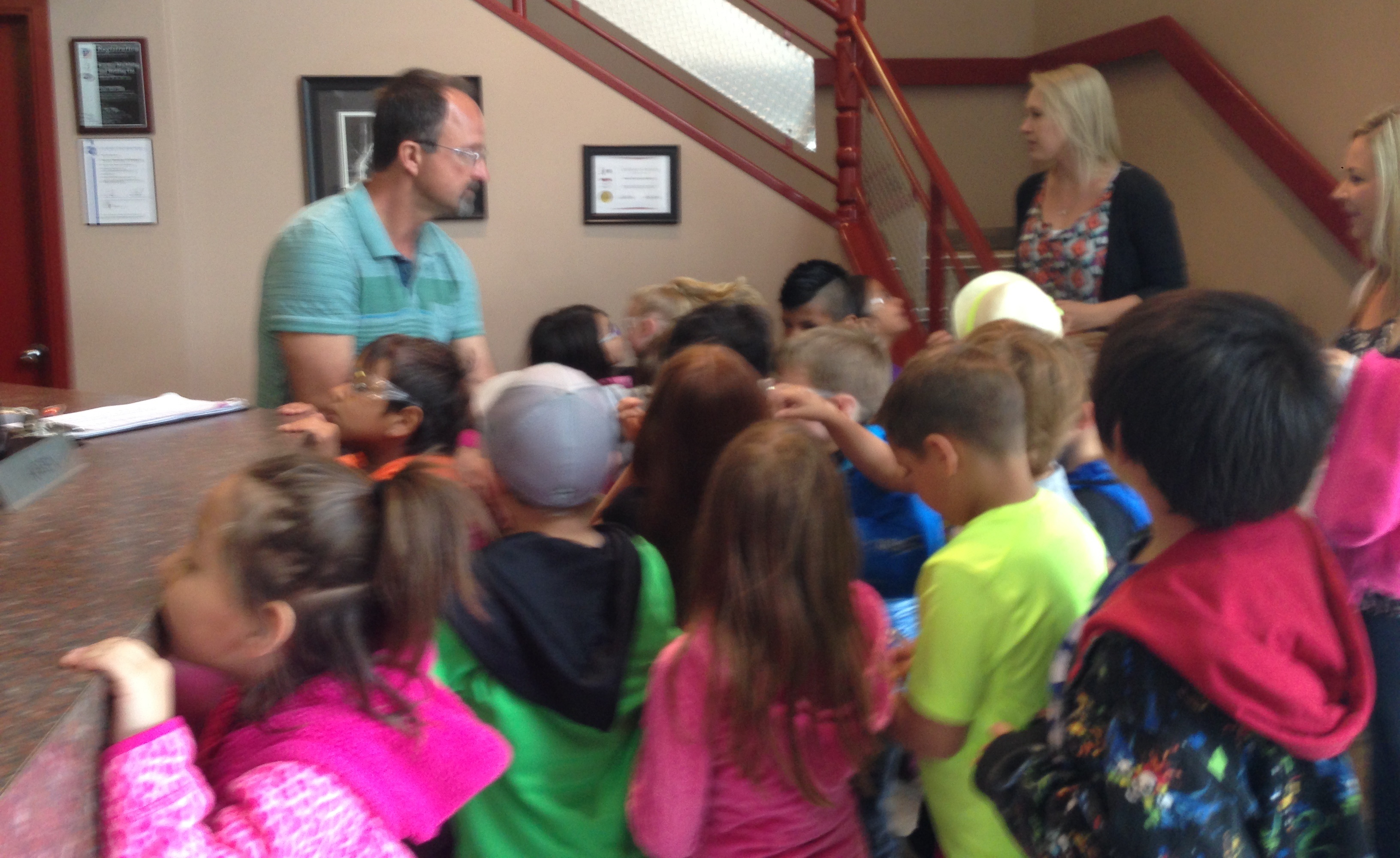 Down the hallway to Chad’s office, where he showed the students how the design and drafting, for different parts, were done on a computer.  As most people know six year olds have no concept of personal space, and soon Chad was surrounded by 20 pairs of eager hands wanting a turn in using the computer to make a drawing.  The students asked everything from “how do you get the computer to do that, to way do you have Minons in your office?” 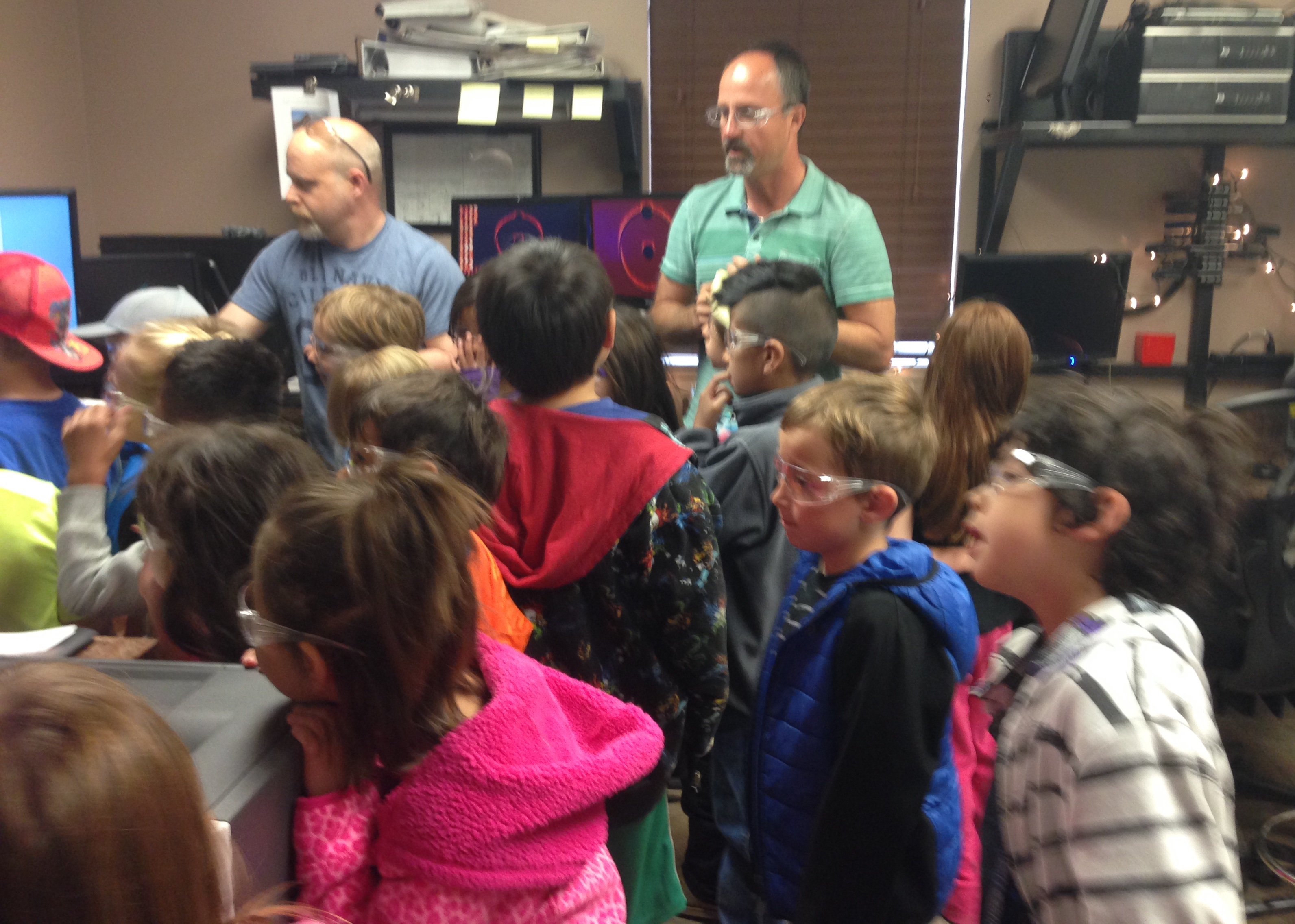 In the shop the first stop was the big Masak machine, where Anjo was cutting API threads.  With safety glasses on and noses to the window, the students watched in wonder as the machine cut the threads. 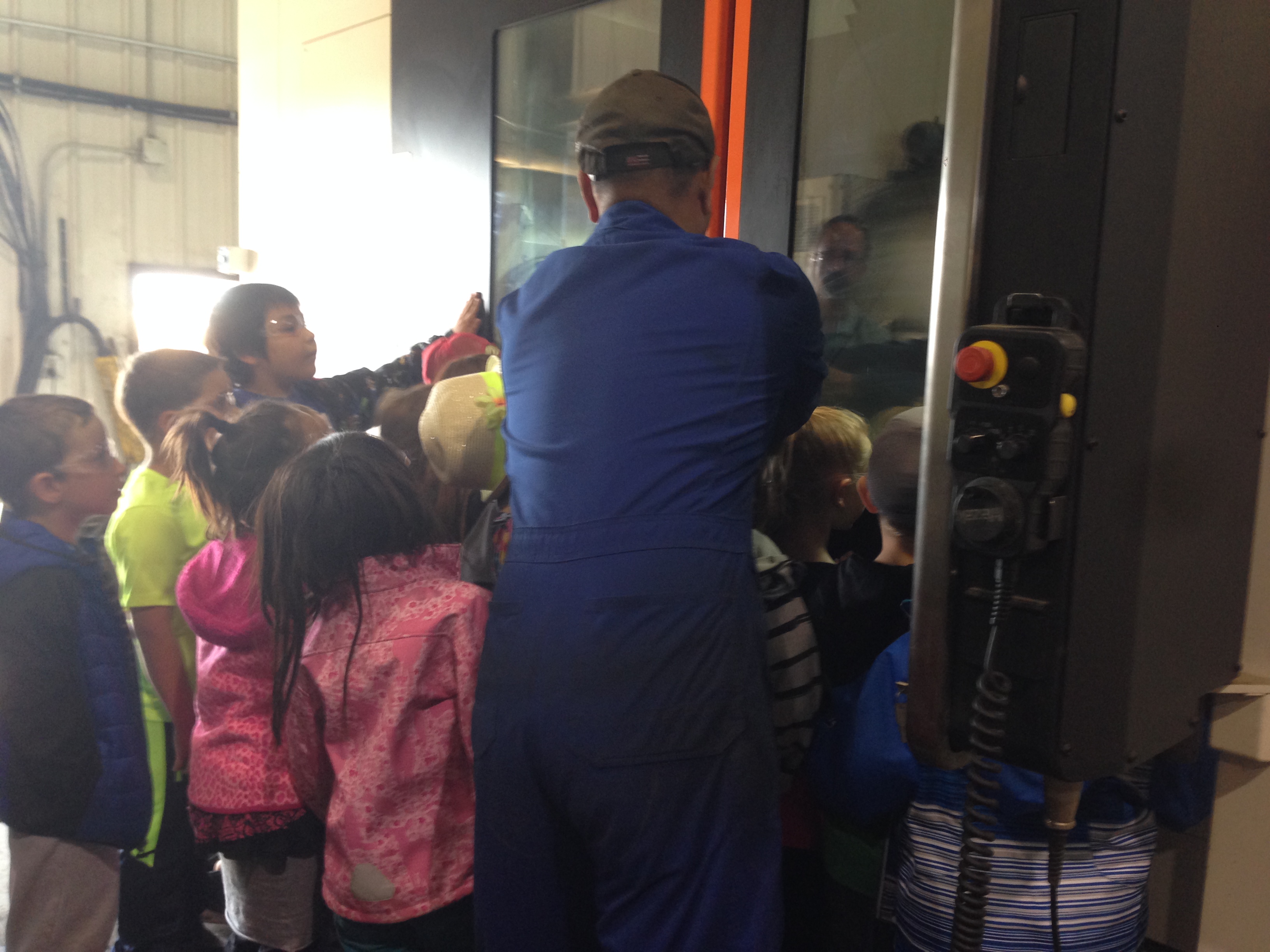 Second was Stephan’s station, where the machine was milling a drive hub for Northstar Energy.  There may be a few budding machinists here!

Travis was also machining an API thread, but the students could not see into the machine.  No problem, one by one Travis picked up each child so they could see. 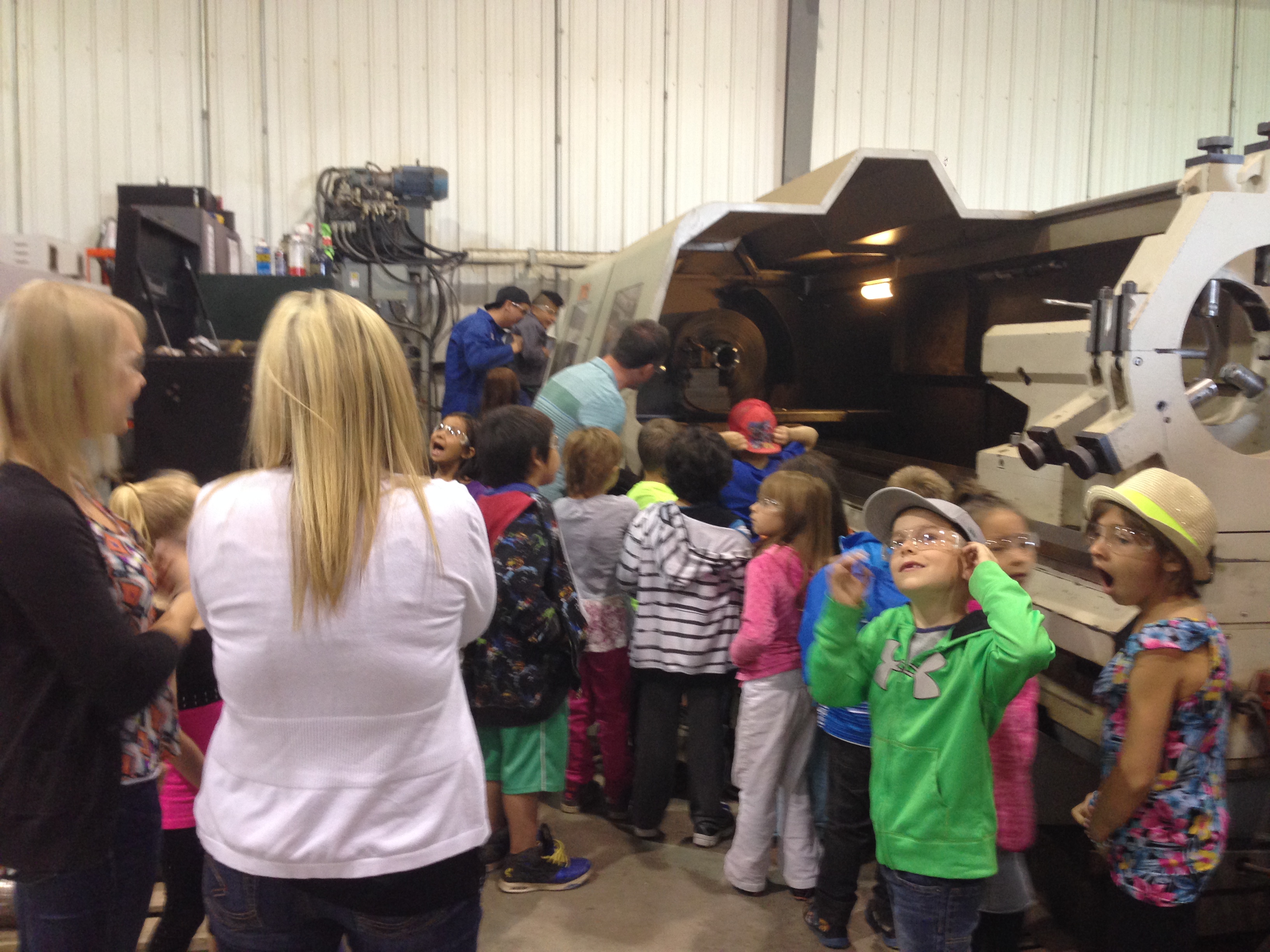 The students were in awe with the brass bushings Erin was machining.  Robert explained that the other machines the just saw did the work for the employees but Erin had to work hers manually. 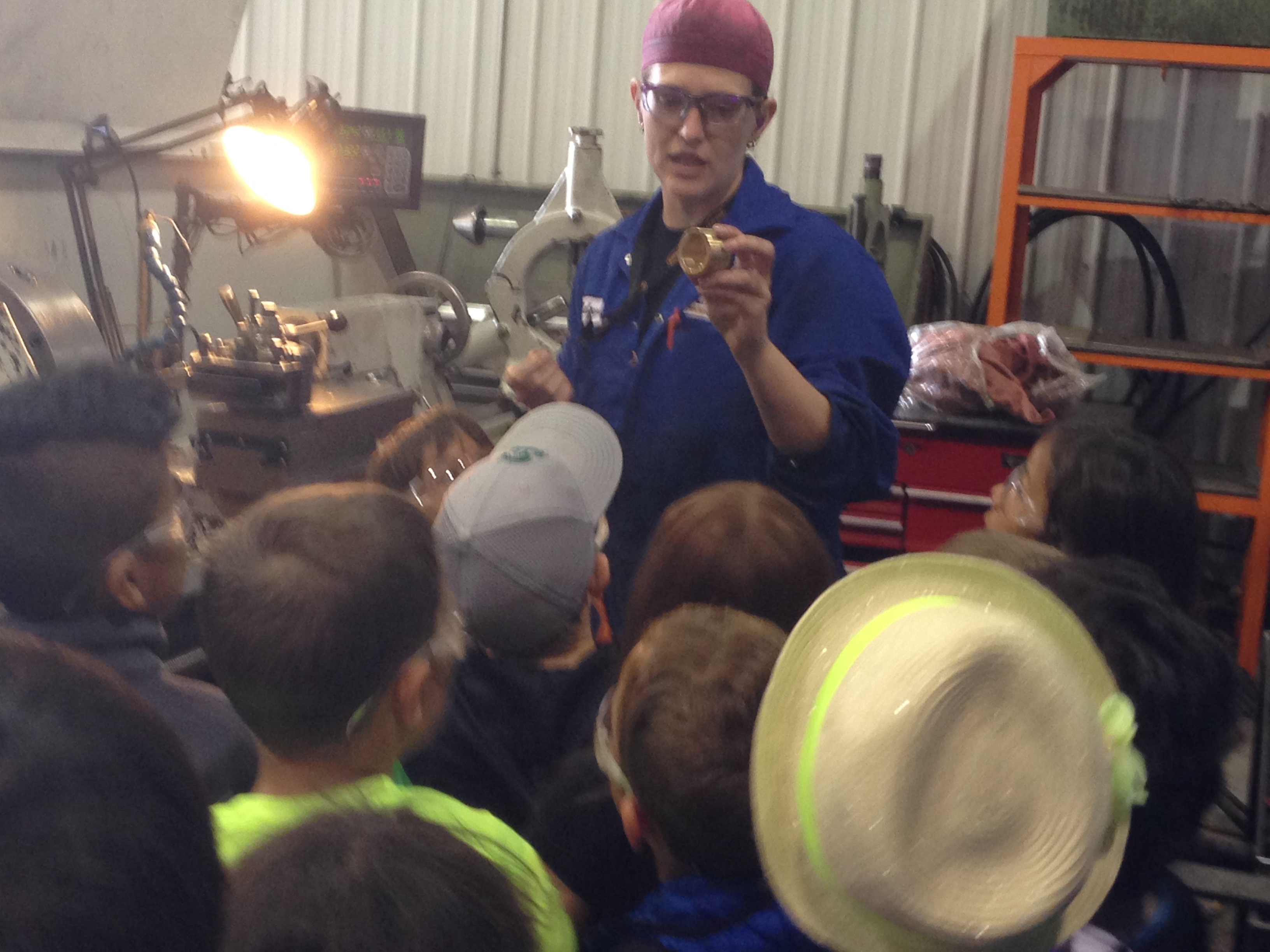 Working the press brake, Danny explained to the students how it could bend metal.  He did a couple of demonstrations to the delight of the Grade ones.

The last station, before doughnuts, was in the welding shop.  The students were advised by Robert that they had to stand behind the  protective screen to see Darren weld and grind a piece of metal.   He also lite a very large torch to the delight of all.

Finally doughnuts, juice and a small treat bag  in the lunch room .  One student commented that the lunch room “was just like theirs at school”.  Mike hooked up the drone video taken during the tour so the students could watch themselves on TV while eating.

Hats off to Miss L for her very respectful and inquisitive grade ones.  Robert and Staff thoroughly enjoyed the morning with the students and are still talking about how good the children were.

Robert, Mike, Kelvin and their employees can’t wait for the next tour, young or old, students or businessmen, call and book your tour today!